Over several chats I had with runners last week, the same topic came up repeatedly: help me fix my heel strike running.

But why do runners want to change their natural-self-selected form of running?

Well, there’s the belief that heel strike makes you a slow, inefficient runner prone to injuries and that changing your running form and landing with your midfoot or forefoot will make you a more efficient runner.

The truth is that changing heel strike to forefoot striking has very little to do with improving running economy, and it does not guarantee avoiding injuries.

Changing your running form can be more prejudicial than beneficial, and if some of the best and fastest runners in the world heel strike (read below), why wouldn’t you?

So, let’s take a look at this myth and how a heel striker can become a more efficient runner.

Heel strike running does NOT make you less efficient.

Or take the results of a study conducted at the 2017 World Track and Field Championships in London, where researchers placed 49 high-speed cameras to analyze runners form.

And all of these are elite world-class runners.

And you may ask…

“But Diego, our natural form to run is barefoot. If you go outside to run barefoot right now you will land with the balls of your feet, how can you explain that? If I start to run this way, I will get less injured.”

There are two things to consider:

One, WE DO NOT RUN BAREFOOT, most of us run with running shoes, so just get that analogy out of your head, unless you run barefoot.

Second, even if you run barefoot, science tells us a different story.

In a study from George Washington University in a Kenyan tribe -you know, the best runners in the world- 72 percent of the runners ran with a heel striking running when running barefoot.

So, if more than 65% of the best runners in the world -both with and without running shoes- run with a heel strike form, why is it bad for you?

Heel striking does NOT make you injury prone.

“Heel striking has received more negative press than it deserves,” believes Jessica Leitch, director of the Run3D Clinic in Oxford. “The evidence simply doesn’t support the theory that everyone should run with a midfoot or forefoot strike running to avoid injury. Yes, it alters loading mechanics, with joints and tissues stressed differently by different footstrike types, but in doing so, it often shifts the problem from one area to another.”

Mitchell Phillips, director of gait specialists StrideUK, agrees that a change, rather than a reduction, in injuries is the likely outcome of switching footstrike. “A migration from heel to forefoot running may reduce the number of knee-related injuries but increase the potential for calf-related injuries,” he says.”

Study after study has proved that there is no discernable difference between the number of injuries caused when runners forefoot strike and heel strike.

So, as a heel strike runner, what is the solution to improve your running economy and avoid injuries?

Six key training techniques will enhance your running economy, and they work regardless of your running form:

Incorporate these training techniques into your current training plan, and you can see results in as little as 4 weeks.

For example, a study at the University of New Hampshire, six female distance runners added upper and lower body strength workouts to their regular running programs. And in just six weeks their running economy improved 4 percent.

I incorporate these techniques all the time in my runners’ programs. The goal is to make them part of your overall training. You can even work on your running economy without changing your heel striking runner form, during the off-season or short breaks. 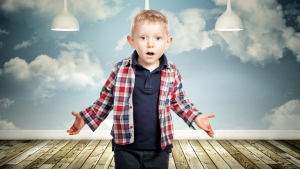 Over several chats I had with runners last week, the same topic came up repeatedly: help me fix my heel strike running. But why do